Gerard is one of the UK’s most celebrated economists, possessing expertise across a wealth of areas. He is at the forefront of the major global economic and financial issues of the day, while also on top of the latest public policy debates in both the UK and across Asia.

With excellent connections and over thirty years of experience, he is able to analyse and explain the latest global trends and complex issues in an easy to understand way.

Take a look at his career timeline below. 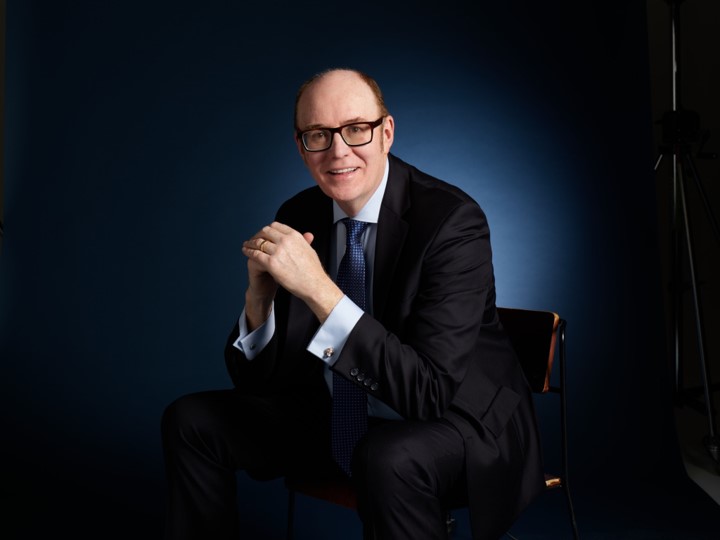 Current roles & some examples of his expertise

Currently Gerard holds a portfolio of roles, including:

Prior to this Gerard held other senior roles in the City, including being Chief Economist, Global Head of Research and Advisor to the Board at Standard Chartered Bank between 1999-2012. While there he ran a global team of 184 people and was also a member of the Bank’s senior management team, sitting on its Wholesale Markets Management team, Risk Management committee and Executive Forum. In 2010 and 2011, Bloomberg ranked his team as the most accurate economic forecasters globally.  But before this, in 2008 a month before Lehman Brothers collapsed, Gerard was one of just two UK economists predicting a deep imminent recession.

Before this, Gerard was Chief Economist and Executive Director at Dai-Ichi Kangyo Bank International, then the world’s biggest bank, from 1989-1999. While there, Gerard predicted Japan’s lost economic decades and had a regular column in the Nikkei.

Gerard has made many high-profile non-consensus accurate predictions about the economy. In addition to predicting Japan’s lost decades, a deep imminent recession in 2008,  he also predicted that the Lawson Boom would end in a bust, argued for the economic benefits of leaving the European Rate Mechanism and back in 1999 he predicted the difficulties the Euro would encounter.

Alongside an excellent forecasting record, Gerard’s analysis of the UK and global economy – particularly emerging markets –  has regularly been sought by policymakers, including politicians and central bankers , both at home and abroad. He has testified to committees of the US Congress and Senate, to committees in both the UK’s House of Commons and Lords and his paper ‘Banking the Unbanked’ was presented at the Commonwealth Finance Ministers Conference in 2005. In 2008, he was the Lead Advisor on the Business Council for Britain set up by Prime Minister Gordon Brown. Between 2008-2016 he was a member of the International Council of The Bretton Woods Committee. Meanwhile, between 2009-2014 he sat on several Councils and was on the Expert Committee of the World Economic Forum. In 2011, he was an inaugural member of the EU Commission’s Network of China Experts.  From 2012-2016, he was Boris Johnson’s Chief Economic Advisor when he was Mayor of London. In the latter role, he championed London globally and was a key driver of the London Living Wage. And in 2019, he was also a contender to be Governor of the Bank of England.

Gerard is also widely recognised as an impressive public speaker. He has spoken on panels at the International Monetary Fund, Institute of International Finance, World Economic Forum, Asian Development Bank among other international fora. In 2005, he spoke in Beijing’s Great Hall of People at the EU-China Summit. He was asked by the Institute of International Finance to represent the financial sector in ‘The World Debate’ at the 2010 World Economic Forum meeting in Davos, which was televised live globally by the BBC. While, in 2018 he gave a keynote speech at the inaugural Shanghai Import-Export. These are just some of Gerard’s many high-profile speaking engagements.

His contribution to economics has been recognised by his peers. In 2010 he was elected by the economic members to serve a five-year term on the Council of the Royal Economic Society, and he also joined the strategy group. Additionally, in 2011 he was made a Fellow of the Society of Professional Economists.

^
Netwealth
Chief Economic Strategist and Shareholder
Since May 2016

^
University of Warwick Business School
Advisory Board
Since 2014

^
The Society of Professional Economists
Fellow
Since 2011

One of The Economists ‘Best books on Brexit’

“A truly global vision” – The Economist

“The best, well-argued case for Brexit…A persuasive read” – The Times

^
Queen Mary, University of London, School of Economics
Member of the Advisory Board
2015-2019

One of The Telegraph’s Books of the Year.

“He’s plainly an extremely able and well-connected man. His precise duties in his new role will, hopefully, become more defined in time. His usefulness to the final-term Boris Johnson in making City Hall a platform for his larger ambitions already looks pretty clear” – The Guardian (2012)

“(Johnson) has appointed Gerard Lyons, former chief economist at Standard Chartered Bank, as his chief economic adviser. Mr Lyons, a well-known and respected City figure who predicted problems of the eurozone as far back as 1999” – The Independent (2013)

Sat on the Expert Committee of the WEF’s annual Financial Development Report for several years.

^
The Bretton Woods Committee
Member of the International Council
2008-2016

“Where next for the economist who called the global downturn?” – The Times (2012)

“Gerard Lyons, one of the best-known and oftquoted economists in the City, today resigned from his job at Japanese bank DKB International to join Standard Chartered” – The Daily Mail (1999)

Financial Times and The Observer’s ‘Economists’ hall of fame’ (1991)

Icons made by Freepik from www.flaticon.com

We use cookies on our website to give you the most relevant experience by remembering your preferences and repeat visits. By clicking “Accept All”, you consent to the use of ALL the cookies. However, you may visit "Cookie Settings" to provide a controlled consent.
Cookie SettingsAccept All
Manage consent

This website uses cookies to improve your experience while you navigate through the website. Out of these, the cookies that are categorized as necessary are stored on your browser as they are essential for the working of basic functionalities of the website. We also use third-party cookies that help us analyze and understand how you use this website. These cookies will be stored in your browser only with your consent. You also have the option to opt-out of these cookies. But opting out of some of these cookies may affect your browsing experience.
Necessary Always Enabled
Necessary cookies are absolutely essential for the website to function properly. These cookies ensure basic functionalities and security features of the website, anonymously.
Functional
Functional cookies help to perform certain functionalities like sharing the content of the website on social media platforms, collect feedbacks, and other third-party features.
Performance
Performance cookies are used to understand and analyze the key performance indexes of the website which helps in delivering a better user experience for the visitors.
Analytics
Analytical cookies are used to understand how visitors interact with the website. These cookies help provide information on metrics the number of visitors, bounce rate, traffic source, etc.
Advertisement
Advertisement cookies are used to provide visitors with relevant ads and marketing campaigns. These cookies track visitors across websites and collect information to provide customized ads.
Others
Other uncategorized cookies are those that are being analyzed and have not been classified into a category as yet.
SAVE & ACCEPT